The Tippmann TMC is the best magazine fed paintball gun for those who want the best value. This is not the most expensive paintball gun out there nor is it the cheapest. It offers great performance, dual feed option, and it is durable and reliable in the heat of combat.

Also, mag fed paintball guns can look and feel more realistic than a top loading hopper. They can also be lighter, since you are carrying a lot less paintballs around on your gun. Using a magazine fed paintball gun enables you to have a more interesting and versatile experience when playing paintball. You will need to carry around extra magazines and be careful with blindly shooting around.

Also, it is cool to carrying around spare paintballs in a magazine and swap out a magazine in the middle of a intense battle. It is way more realistic and leads to more exciting games. The best magazine fed paintball gun will most likely also come with the option to switch to top loading hopper. They should also give you plenty of options in terms of magazine type. Some will let you pick whether you want bigger magazines for more paintball capacity or smaller mags for portability.

There are also paintball guns that have a collapsible and folding stock. When looking for a mag fed paintball gun, you should pay special attention to magazine capacity, and existent of a dual loading system, and overall looks and build quality.

The Tippmann TMC is certainly not the best magazine fed paintball gun if you have tons of money, but it presents the best value in our opinion. This mag fed paintball gun is super affordable and yet delivers tremendous performance. We would say this is a nice entry level gun for those who want an AR-15 style firearm.

It has all of the features a traditional and more expensive mag fed paintball gun would have. So it features a dual feed option, allowing you to go MagFed or traditional top loader.It is a full pneumatic marker and features an in-line bolt system. We really like the fact that it has a high magazine capacity and include two 20 round spring driven magazines.

Also, the look and feel is pretty authentic and when you hold it, it definitely doesn’t feel like a cheap piece of plastic. Overall, the Tippmann TMC is a great reliable goto gun if you want to have a mag fed gun for your paintball wars.

For those who want the best magazine fed paintball gun that is expensive and professional, the Dye DAM Assault Matrix is the way to go. This paintball gun is made for serious players who just want to best of everything regardless of price. It features a 2 feet modular rail system that allows a fully customizable set of attachments.

We also like the fact that it is for right and left handed users, which makes reloading a snap. Also, it includes two 10 round magazines.There is a lot more we can say about the Dye DAM but we won’t bore you with the details. It is semi-auto, has a 3 round burst, and even a fully auto firing mode.

There is also a barrel sock, 9 V battery, o ring and mag repair kit with this gun. You can change on the fly from a mag feed system to a loader fed system. There is an easily maintainable bolt with a quick release system and built in hyper regulator. Overall, this paintball gun is pretty lightweight coming in at only 4.76 pounds.

If you want a true 0.68 caliber replica AR rifle platform, the First Strike T15 Paintball Marker is the way to go. This magazine fed paintball gun has the look and feel of a real AR rifle and features a very rugged lightweight aluminum body that can maintain harsh conditions.

The weight is even quite spot on and feel like a real AR. Each magazine holds 19 rounds, which is plenty to go on without needing to reload. We really like the fact that this is a very durable mag fed paintball gun. It has no problems with leaks, breaks, or double balls. The construction is quality and will go through a rough beating in any condition.

In terms of specs, the T15 First Strike features an integrated 13ci, 3000 psi tank stock combo. Also, it has a 2 pin quick disassembly and can be both mag fed and hopper fed. It features a 2 piece cast aluminum construction. All in all, this is a great professional paintball gun and something we consider entry level in to the pro world of mag fed paintball guns.

The Spyder MR6 is the best magazine fed paintball gun for those who want a cheap and respectable gun. This is a Mil-Slim style semi auto paintball marker with a dual loading system and a removable 9 round magazine.We really like the fact that the loading system is easily interchangeable with a quick turn of the barrel. This allows you to cycle between top loading hopper and a mag fed system even during play.

In terms of specs, you have a 0.68 caliber paintball gun with a 14 inch barrel with muzzle break. It has a solid all round build quality with rubber wrap around grips and quality components. The Spyder MR6 also takes first trike ammo. Overall, the setup and entire gun works great.

Although it is definitely not a high end paintball gun, it gets the job done and is great for those on a budget who want to experience a mag fed paintball marker.

The Tippmann TiPX is a great mag fed paintball gun if you are looking for a handgun. This is a 0.68 Caliber Paintball Pistol with a cool compact design and engineering to be very lightweight and easy to maintain. It only weighs 1 pound and 11 ounces, so you can easily fit one or two of these on you in a paintball match. There is also an under the barrel 12 gram CO2 air system that is quite easy to load.

You also get two 7 paintball capacity true feed magazines, which are included with this gun as well as a nice maintenance kit and carrying case. In terms of other nice features, there is a efficient spool valve system that does a good job in maximizing air efficiency. It also helps minimize kick and does a great job in the overall stability of the pistol.

Overall, we would say this is a good military style paintball pistol that looks and feels great. It is reliable and accurate with a 8 bps feed rate. 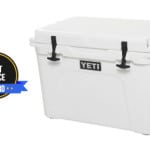 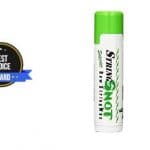 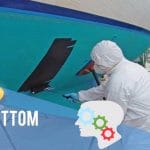 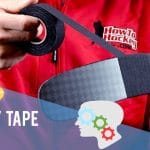 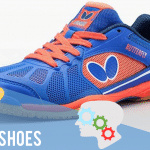 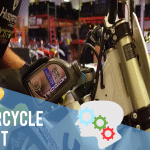 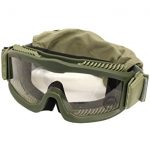